Eternal Friendship is a site specific installation of large-scale friendship bracelets created for a group of Coastal Sequoias in the Santa Cruz Mountains. The macramé and woven bands, made from natural, synthetic fiber, and glow-in-the-dark rope, engage both the history of the grove as a former hippie commune in the late 1960s, and the Japanese tradition of Shimenawa – straw rope demarcating a sacred space, often tied around ancient trees considered to house divine spirits. Eternal Friendship honors these fallen trees hollowed out by fire and cut down by logging, while alluding to psychedelic aesthetics, 1960s folk craft revival, and summer camp culture. 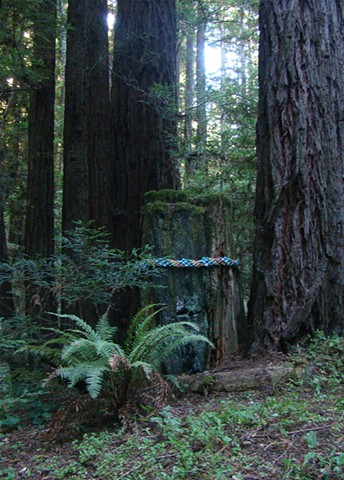 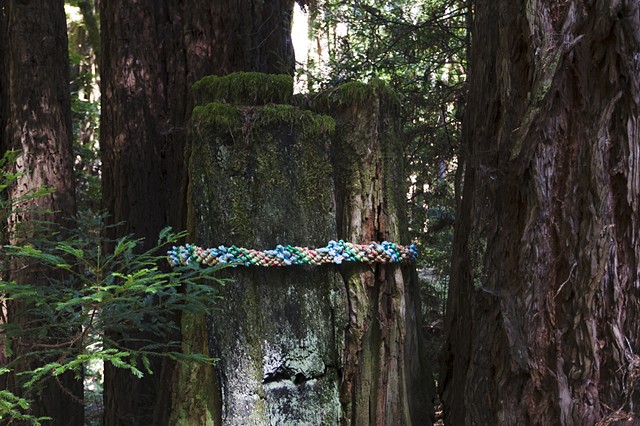 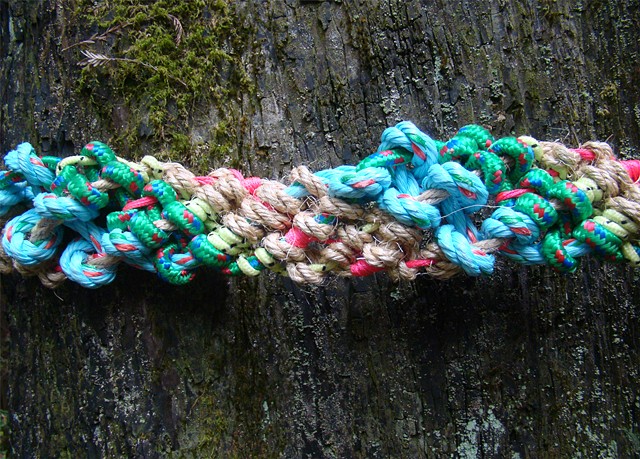 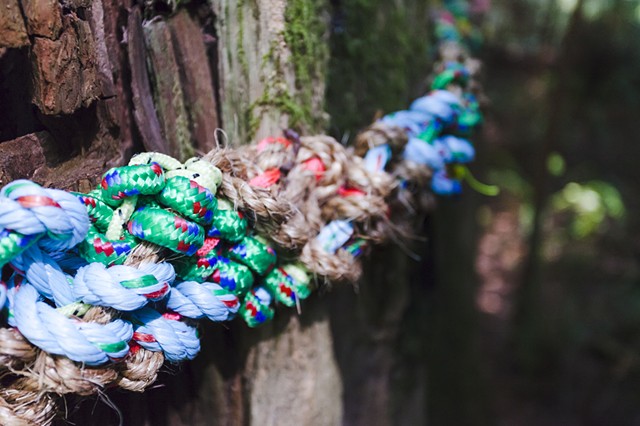 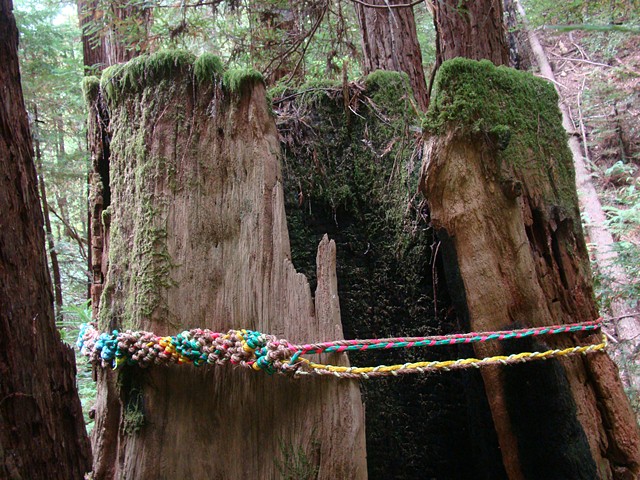 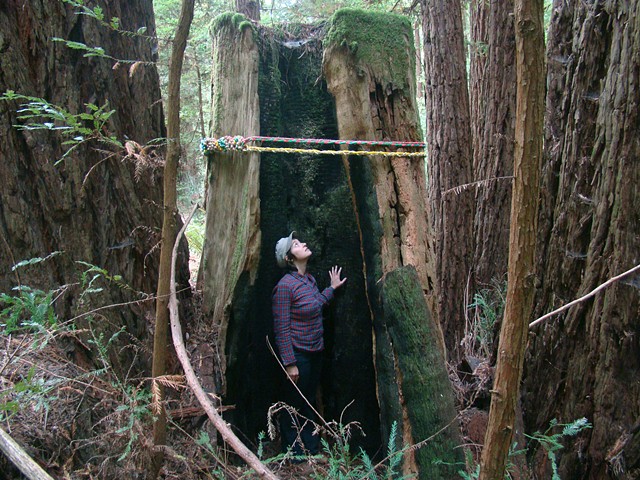 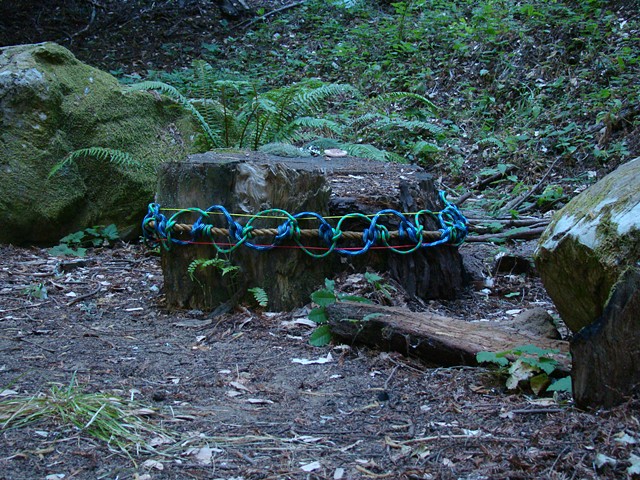 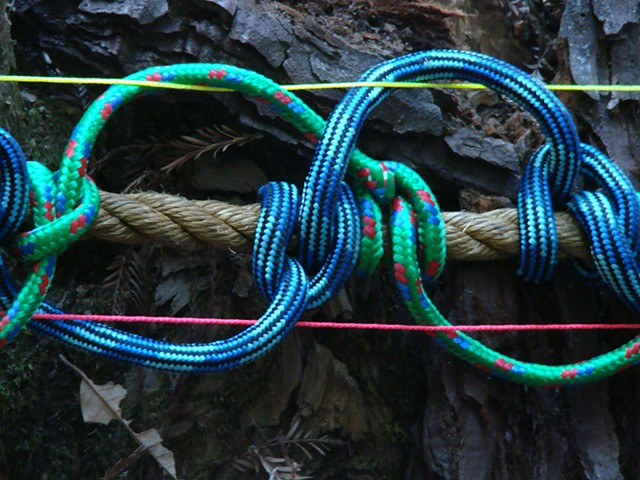 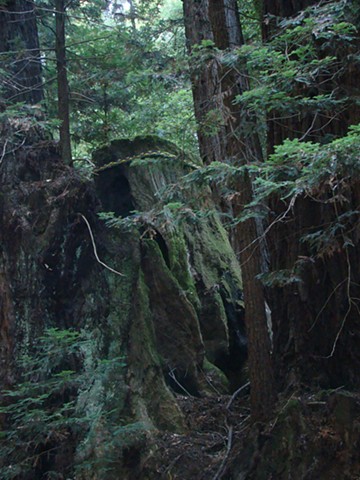 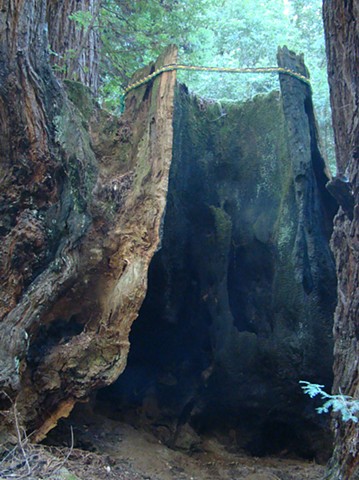 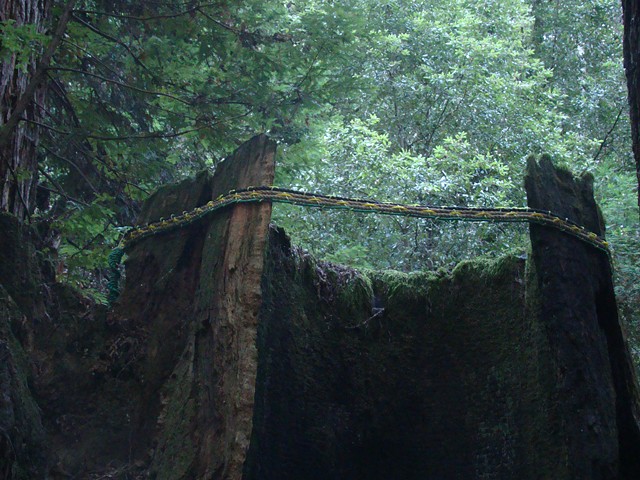 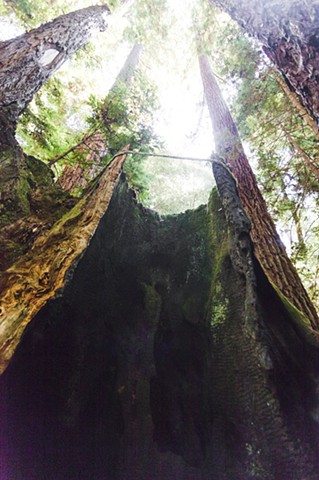 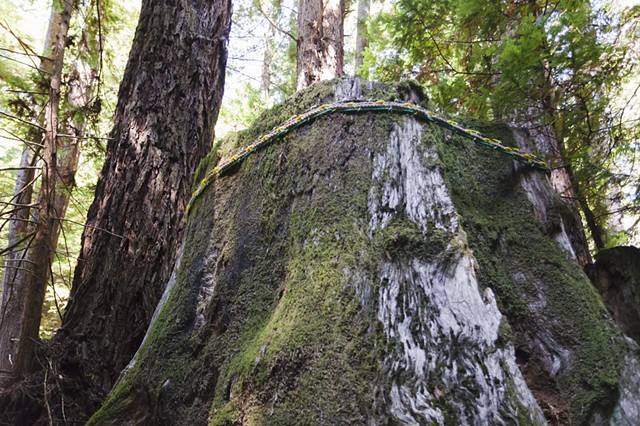 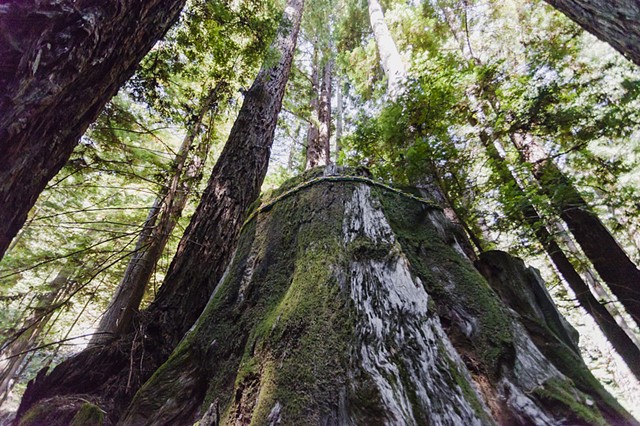 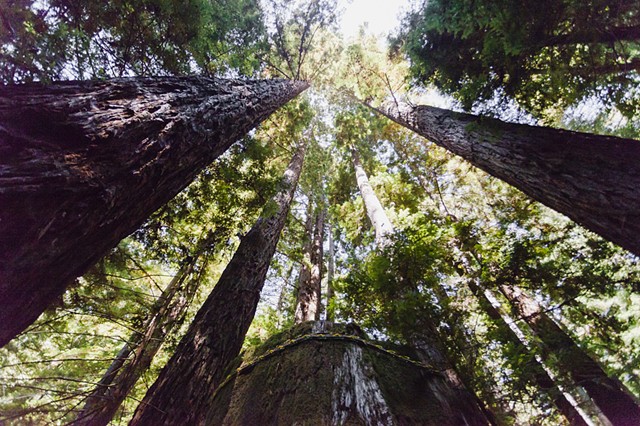 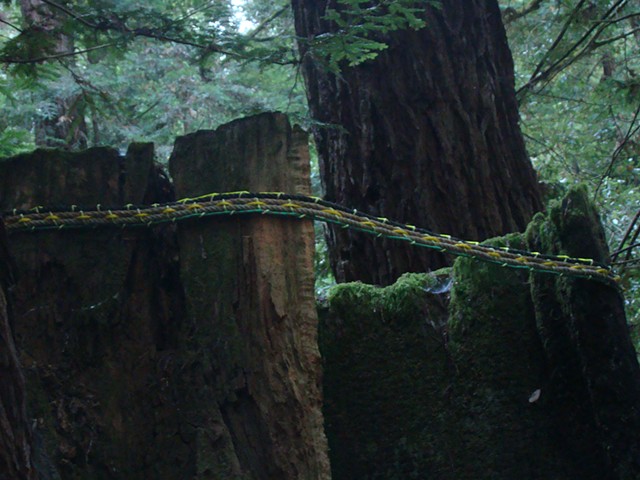